After watching the film Dead Man and seeing the scene on the left were the sherif is killed and falls on the fire pit, turning into a Religious icon, something clicked. It's a simple image  but says a lot about the religious relationship we have with nature, also touching upon Wicca.


Wicca: a religion influenced by pre-Christian beliefs and practices of western Europe that affirms the existence of supernatural power (as magic) and of both male and female deities who inhere in nature and that emphasises ritual observance of seasonal and life cycles
It also looks at death and how when we die nature claims us back.
Wiccan's share a belief in the importance of the feminine principle, a deep respect for nature, and a pantheistic and polytheistic worldview. They practice some form of ritual magic, almost always considered good or constructive. Some are solitary practitioners; others belong to covens.

These were taken with my Olympus and my Diana camera. 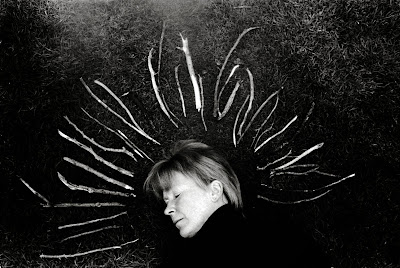 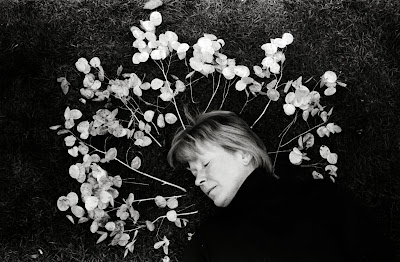 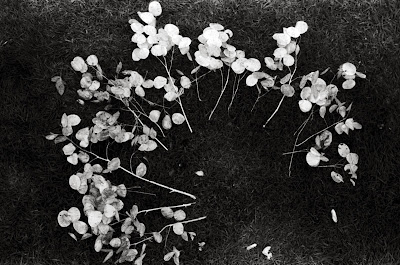 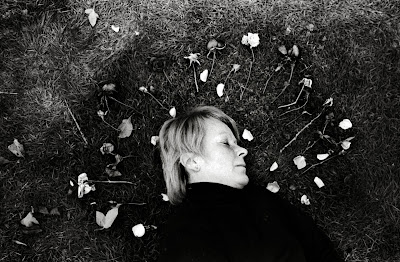 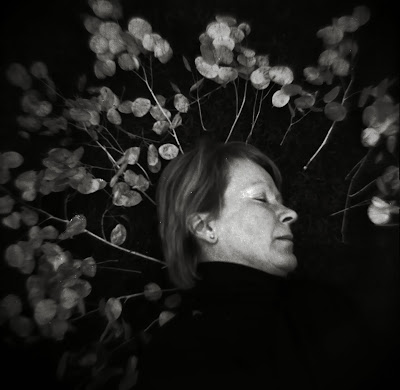 'The garden is my church, Nature is my Heaven.'

Posted by Emily Robards at 5:08 PM No comments:

Another photo shoot I did with mum using Honesty, or the silver dollar plant. These works look at rituals, such as putting pennies on the eyes of the dead so they can cross the River Styx. 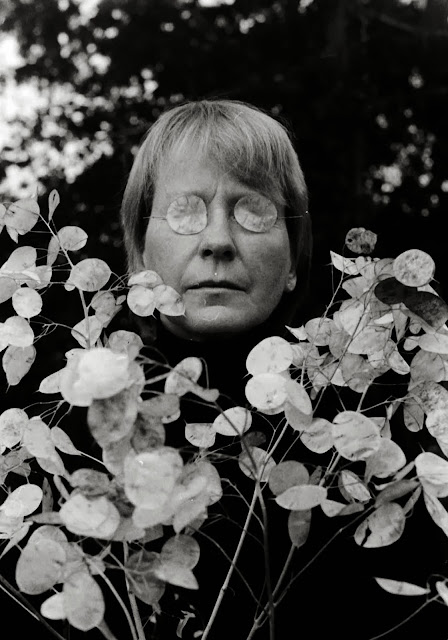 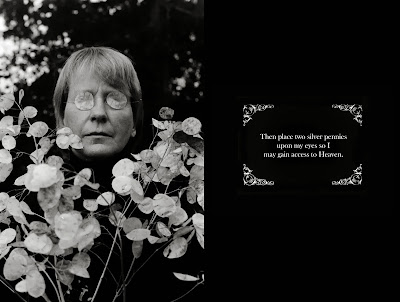 'Then place two silver pennies upon my eyes so I may gain access to Heaven.'

Posted by Emily Robards at 10:00 AM No comments:

Some photos from a photo shoot I did with my mum a while ago the end result is the bottom photo. 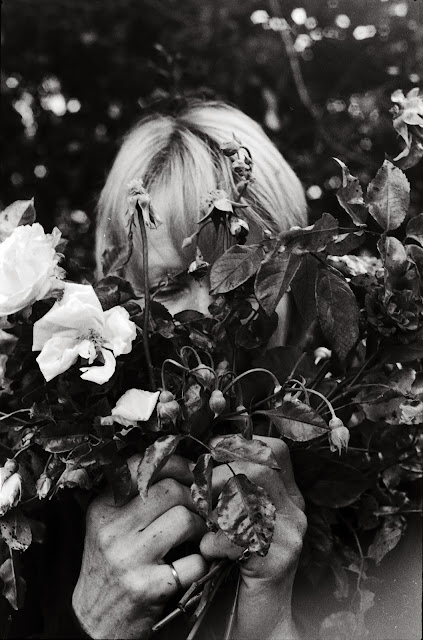 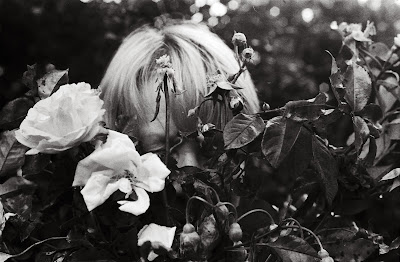 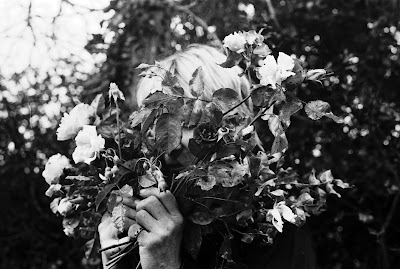 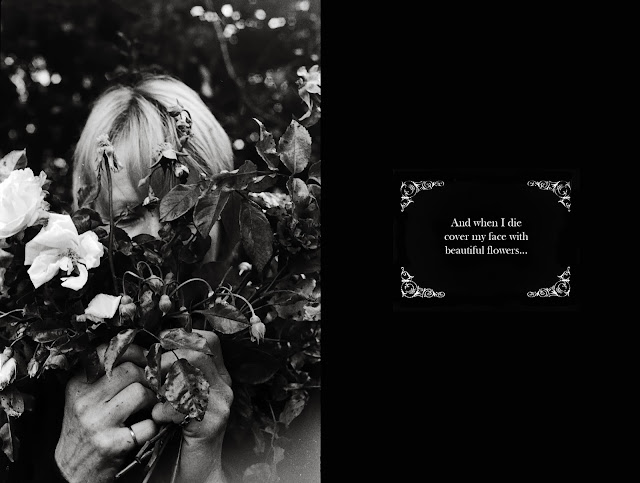 'And when I die cover my face with beautiful flowers….'
Posted by Emily Robards at 4:54 PM No comments:

Poetry In Between, Volume I.

So I have published my first book. Its self publishing, but still its published!
You can follow the link and buy the book from Blurb. The preview below just shows the first 15 pages of the book, there are sixty-eight in all. I have ordered one for myself and I hope it is a success. I combined vintage photographs which I got while in America and my black out poetry. It's a fun play between pictures and text. With the large amount of blackout poetry I do and my new found love for the found photograph I plan to turn this in to a continuos series of books.

Email ThisBlogThis!Share to TwitterShare to FacebookShare to Pinterest
Labels: book

Posted by Emily Robards at 5:37 PM No comments: