A little while ago I was approached by fellow printmaker/artist and curator Kate McElligott to partake in a group exhibition that she was putting together. The general brief for the exhibition was 'Irish History.' When I first heard Irish history, my initial thought was 'yikes!' how will I work this one? But thankfully it quietly teased itself out. I knew I wanted to work with faerie folk, but didn't want the finished piece to be a cutesy drawing or something. A friend of mine gave me  a book at Christmas time, a book that I had cherished growing up in the States, constantly checking it out of the library. It had all these spooky little illustrations and descriptions of various faerie folk, it was wonderful to look through it again after many years.
Having this book pushed me to make the piece you see below, 'Changeling.'
In the legend of the Changeling, a healthy human baby was stolen by the faeries and replaced by an older faerie or an enchanted piece of wood also known as a 'stock' or a 'fetch,' the wood would wither and die over a few days as the faerie magic wore off, instead of a corpse there would be a rotting pile of wood left in the crib.
Some signs that the fairies had replaced a child with one of their own kind included, constant crying, refusing to settle, unusual facial features or curiously distorted limbs, a constant need to feed at the mother’s breast without ever seeming satisfied, and the ability to speak despite only being a few days old. Changeling babies were responsible for much ill-fortune for the poor ‘host’ family, their presence would cause fresh milk to curdle, and illness to plague the household.
Unfortunately several hundred years ago illness and death especially that of children was a very real part of life, and supernatural explanations for such events probably brought a degree of comfort to people who had no knowledge of modern science or medicine.
There were various methods of revealing and even returning Changelings, most of them violent and unorthodox. If the baby’s mother suspected her baby had been replaced by a fairy child, she could try to trick it into revealing itself by pretending to cook the family meal inside a single eggshell rather than a cooking-pot, the Changeling would be so confused that it would sit up and recite a rhyme, (the rhyme varies from county to county):

“Acorn before oak I knew,


and an egg before a hen,


but never before have I seen
an eggshell brew dinner for harvest men.”

Having revealed itself, it would flee back to its home and the stolen baby would be returned.It was also said that a Changeling could be exposed by holding the baby over a hot stove on an iron spade, or holding it under water, it’s likely that many babies fell victim to such abuse in times when such legends were widely believed. The truth was that folk back then knew very little about what could really have caused these strange characteristics and behaviours in their babies. Genetic conditions, chromosomal abnormalities, and disease, all could have given a child a strange or even frightening appearance, and for people who had never come across such things, they could only rationalise it by declaring it the work of fairies.


It was a great learning process making this sculpture, I got to use methods I have never used before, and worked with craftsmen to bring the piece together.
To start with I had to figure out how to make a cast of a baby dolls face, (woot for the internet), nothing a quick google can't solve. So off to the village I went where I bought silicone and after a bit of searching a rather over priced baby doll. It took a bit of doing but I was able to make a crude mould using silicone, water and washing up liquid; slowly sieving the silicone out of the soapy water into a squishy ball which I then formed around the face of the now decapitated baby doll head.
It took nearly three days for the mould to dry, longer than the instructions stated. I think it was because my mould was rather thick. I used clay to press into the mould once it was set. When the clay was dry enough I was able to remove it and then work back into the face. There were a few bumps and such that needed smoothing out and defining. The first two I made blew up when I fired them in the pit, the second lot I made where successful, well.. to successful. I ended up using the first face that broke, I was able to collect enough of the pieces and glue them back together to make it recognisable.
The imperfect nature of the broken baby face worked far better with the wood and the theme of the changeling than the perfect smooth baby face.
I used a bit of oak or birch, (I'm not sure which), plucked from my wood pile because of its lovely curved shape. I sanded, and smoothed it as best I could, trying to carve out an indent for the baby face to rest in. I ended up having to use the blow torch to burn out the section of wood; A whole day of burning and chipping away at the rock hard wood, I then finished it with bees wax. The ceramic baby face is also polished with bees wax, I would recommend natural bees wax, it brings up a beautiful finish on pit fired ceramic and wood.
I didn't want this piece to hang on the wall so I contacted the Adare Iron works where a nice man named Niel made a crude stand for my piece with bits he had lying around the shop. Although the crudeness of the stand probably broke Niels heart to let out of his workshop, for me it was perfect. The tough part was getting the wood screwed onto it. Another day of using my caveman tools to put it together,...unsuccessfully, that is until I called on the services of our lovely handy man and expert carpenter Ger Hayes who kindly popped over to put it together. What a relief, I was then able to attach the baby face with no problems.
So after all that who-ha the piece was a success, and worked beautifully in the space alongside lots of talented artists.

Thank you Kate McElligott for this opportunity and getting my brain going to make something new, it was a pleasure and I hope to exhibit for you again in the future.


Below are some shots of some of the work in the exhibition, 'Uncultured,' at the Old Sailors Home, Limerick. 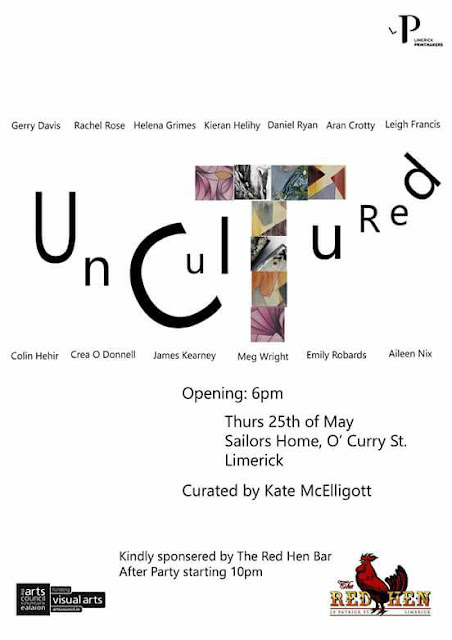 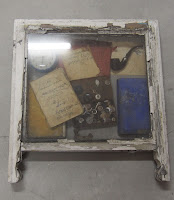 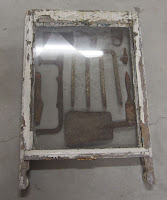 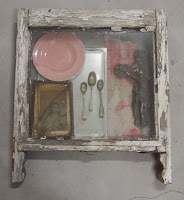 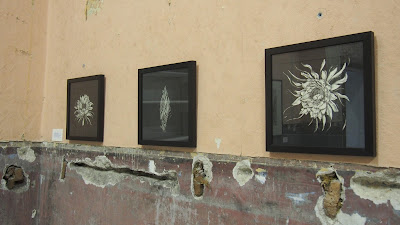 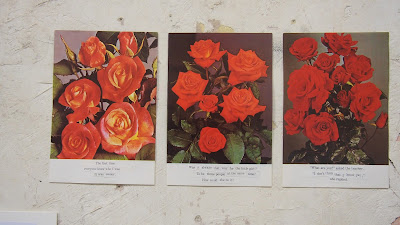 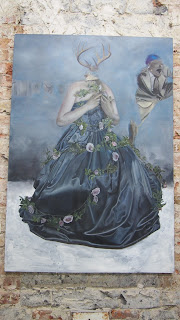 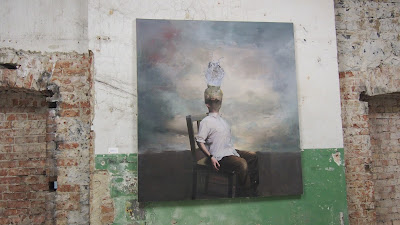 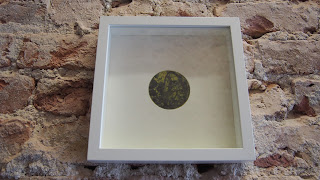 A lovely photo etching by an artist who's name I don't know. 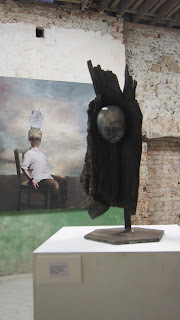 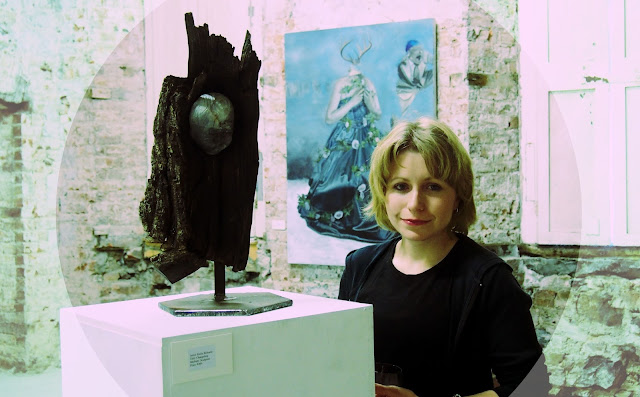 Posted by Emily Robards at 11:57 PM No comments: