Jason de Caires Taylor was born in 1974 and divided the earlier part of his life in Europe, Asia and the Caribbean. Much of his childhood was spent on the coral reefs of Malaysia where he developed a profound love of the sea and a fascination with the natural world. This would later lead him to spend several years working as a scuba diving instructor in various parts of the globe, developing a strong interest in conservation, underwater naturalism and photography.
In 1998, Taylor received a BA Honours in Sculpture and Ceramics from Camberwell College of Arts, but his scuba diving qualification would prove equally important to his art career”in May 2006 he created the world”s first underwater sculpture park in Grenada, West Indies, furnished with underwater sculptures of his design. These sculptures create a unique, absorbing and expansive visual seascape, highlighting natural ecological processes while offering the viewer privileged temporal encounters 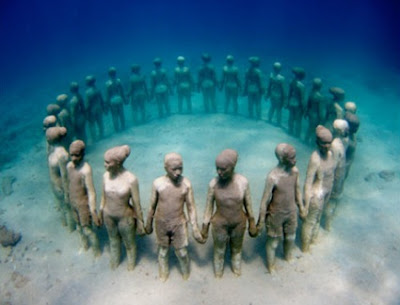 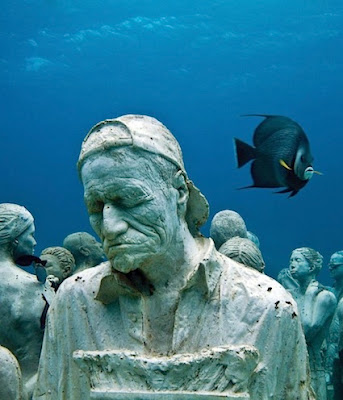