I dream of Dogs and Bikes Photography 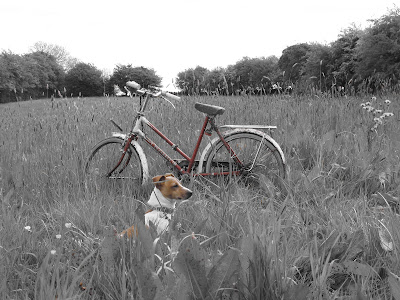 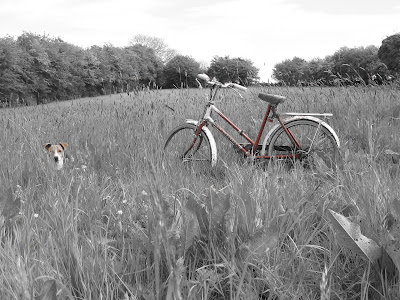 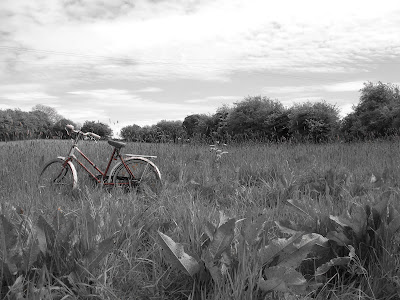 Some photos I took over the weekend with the help of my dog, Geoffrey, (Lola would have been there but she would rather sun herself than model!) and an old red bike of mine that I had when I was small, and that my uncle had before me.
I was really pleased with how these photos came out. I was trying to illustrate a dream I had awhile ago, which seems to have stuck with me.
(if you click on the picture they come up bigger in a slide show)

'I dreamt about riding a bike at least 3 times this week. Twice my dogs, Lola and Geoffrey and sometimes Harry were lying on the center bar or on the back seat of the bike.
The bike was old but shiny as if new.
We rode down country lanes."
Posted by Emily Robards at 1:33 PM