I originally found Laurie Simmons work after watching the film 'Tiny Furniture' by Lena Dunham. Laurie plays the main characters mother. I didn't realize at the time that she is an actual artist and not just playing one in the film. She takes pictures of tiny things, mostly dolls house furniture. I borrowed some text about her work from the gallery Carolina Nitsch, for my own research and because they explain it best.
I posted some of my favorite pieces below.

'This seminal body of work put Simmons at the forefront of a new generation of artists, predominantly women, whose photographic works began a new dialogue in contemporary art.

The use of set-up photography combined with the notion of child play – the images were shot in the rooms and before the facades of disassembled dollhouses – enabled Simmons to control perception and make reference to both general stereotypes and her own personal memories. As she arranged and rearranged the small vignettes, consisting of female dolls, dollhouse furnishings, miniature props and postcards, she was in her own words “… looking for the way your memory white-washes the image when you think about something from the past - making it far more perfect”.

Simmons, while sharing strategies with the artists known as the Pictures Generation –Cindy Sherman, Richard Prince, Louise Lawler and Sarah Charlesworth – and their documentation and appropriation of cultural memory, forged her own identity more closely aligned with surrealism and artists such as Man Ray, Rodchenko, Bellmer and Gordon Matta Clark’s mysterious black and white photograph collages that documented his 1970’s “building cuts”.

Simmons’ use and manipulation of dolls and interiors, marked by intentional dislocations and unexpected conjunctions, created a nonlinear narrative and abstract pictorial plane that echoes the skewed images of personal memory and dreams. Her subjects, which swell with a faux-tone of a simple, safe and secure home life, feel as relevant today as when Simmons first shot them.' 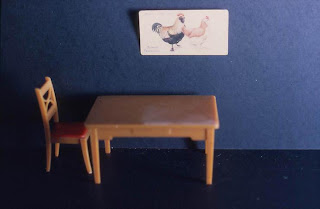 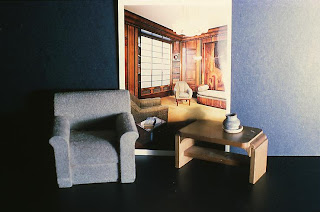 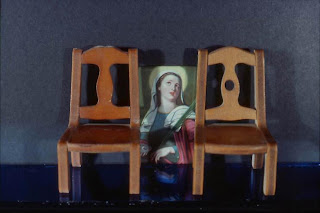 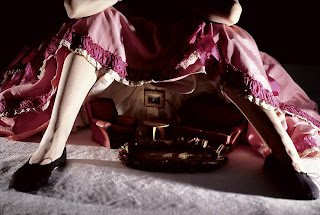 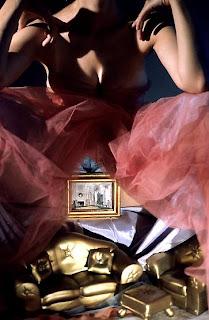 Posted by Emily Robards at 2:06 PM