Another sew piece using image transfer. Not sure if I like the composition, maybe if I get time in the future I will redo it....

Swans form monogamous pair bonds that last for many years, and in some cases these bonds can last for life. Their loyalty to their mates is so storied that the image of two swans swimming with their necks entwined in the shape of a heart has become a nearly universal symbol of love.......
This must get very boring........
Posted by Emily Robards at 11:57 AM No comments:

Email ThisBlogThis!Share to TwitterShare to FacebookShare to Pinterest
Labels: sewn


In this photographic series the Finnish artist Riitta Ikonen and Norwegian photographer Karoline Hjorth decided to explore what happens when fairy tales end happily ever after, revisiting their favourite mythical characters post-retirement.

The result, the intriguing series "Eyes As Big As Plates," features elderly subjects enveloped in natural, scavenged material, both connecting the human subjects back to the Earth and creating a universal setting for the elegant images.
The first part of the series was produced in collaboration with local senior heroes, sailors, retired agronomies and 90-year old parachuters. Part two of Eyes as Big as Plates presents Pohjois-Karjala seniors through references of familiar characters and protagonists of Finnish folklore, infused with the participating local seniors’ own stories and personal relationship to folklore, myths and imagination.
Swallowed by their natural surroundings, the models turn into mythical creatures, connecting to the folklore of their homelands no matter how physically distant they may be.

The artists explain in a statement:


"This blending of figure and ground recalls the way in which folk narratives animate the natural world through a personification of nature. The slippage of elderly figures into the landscapes suggests a return to the earth, a celebration of lives lived, reinforcing the link between humanity and the natural world." 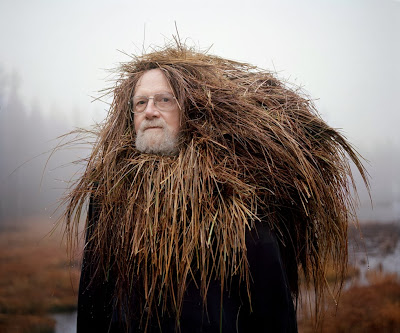 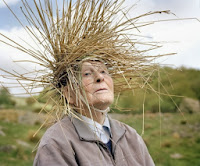 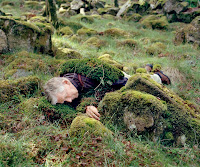 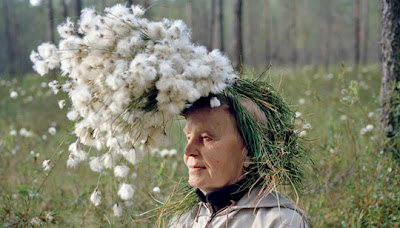 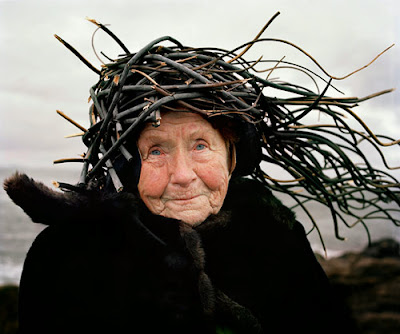 Posted by Emily Robards at 2:35 PM No comments: 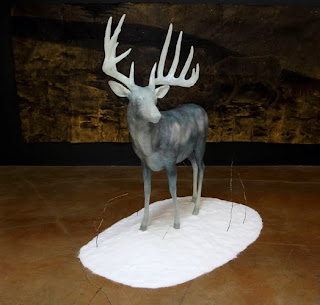 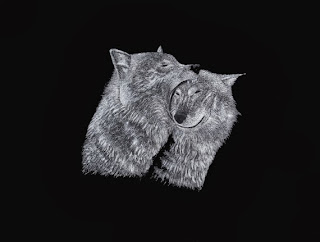 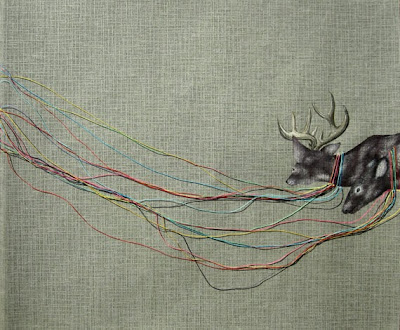 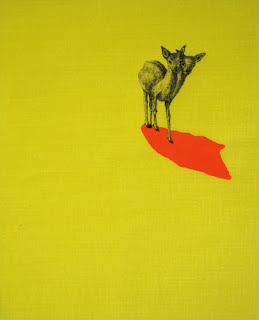 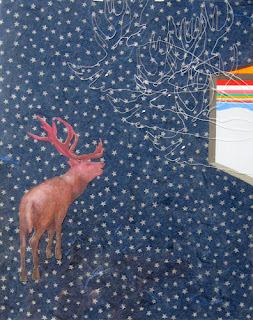 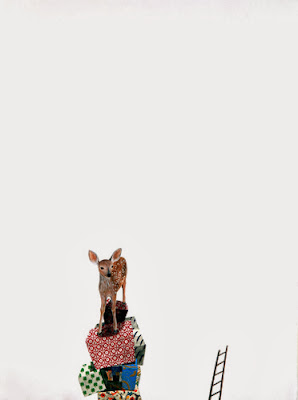 Posted by Emily Robards at 9:47 PM No comments:

Some beautiful sculpture work by Cassandra Smith. She takes objects from the natural world and turns them into her own unique works. 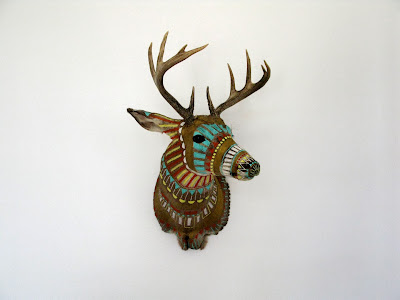 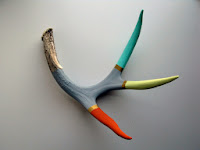 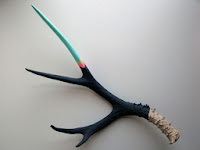 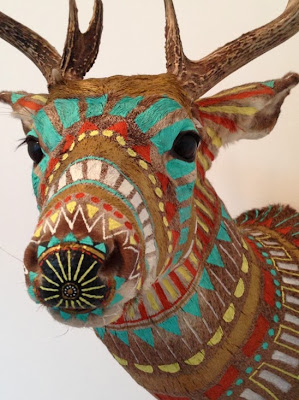 Posted by Emily Robards at 9:29 PM No comments:

Myeongbeom Kim creates surrela dream like scupltures inspired by nature and the everyday. He is one of those artists who instead of giving a big explanation about his work prefers it if the viewer takes away their own interpetation or meaning. I did manage to find an artist statement tho.


'My working concept is the story about the origin of our world. I think that all things have their own soul. For example, trees, rocks, water, soil and air have their own soul and life. When I see a rock in forest I think that it has its own reason for being. Through my art works I want to express that the origin of our world is nature and all things which we use are valuable. Especially I like to make my works with trees, animals, and water, and new images using daily stuffs. I always want to go back to nature from this mechanical world. However, I know it is impossible for even me, who is accustomed to this mechanical world, to return to nature. So, I would like to start showing how mother nature is great to others who cannot see it.
My concern about nature was expressed by setting a traffic signal light, a fish bowl, and a manhole cover, that are creatures of civilization, on the sea. This unexpected combination made it possible to create new time, space, and story.
By bringing the existence of nature into relief, I tried to make the audience to think themselves as aliens, who came from the external world, has to have an emergency landing on the earth.


In addition, I have still doing works with wood, animals, water, books, cars and daily objects which reflect human beings. Through my works I will talk about the origin of the world and the reason for being.' 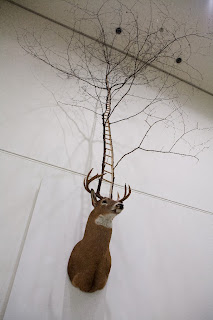 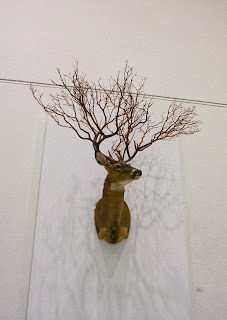 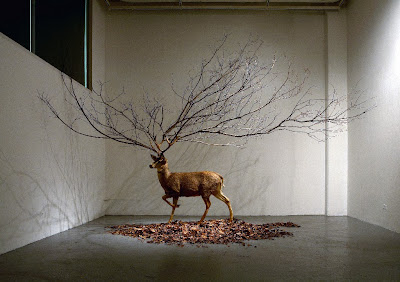 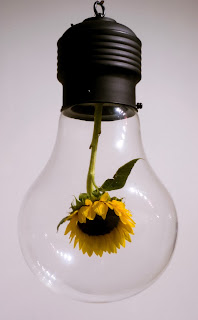 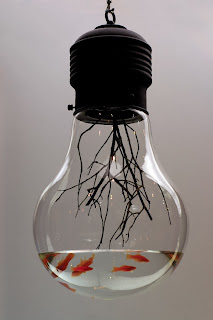 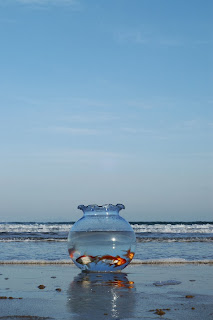 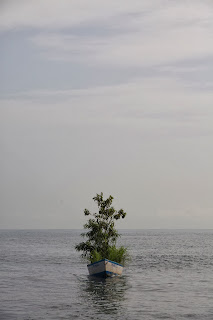 Posted by Emily Robards at 2:52 PM No comments: