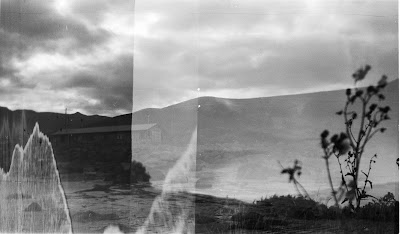 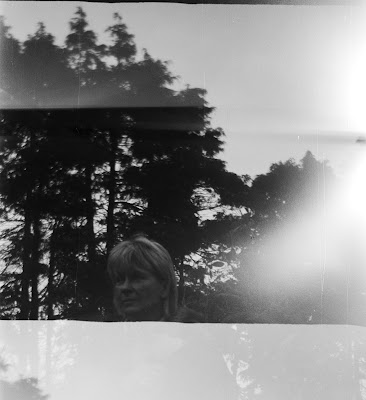 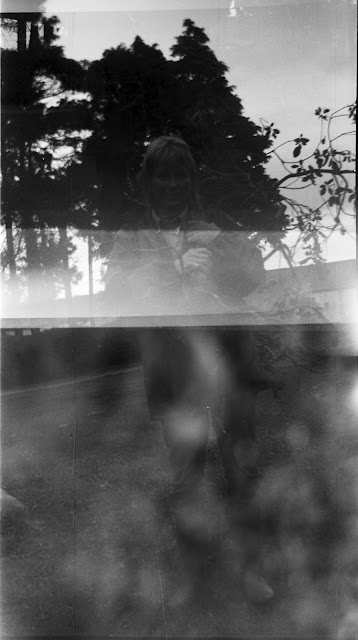 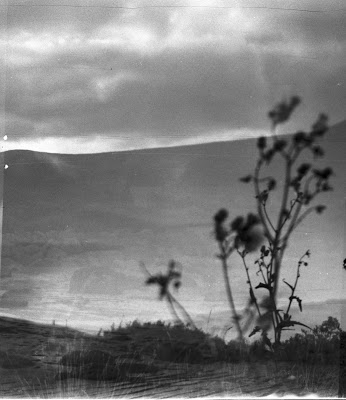 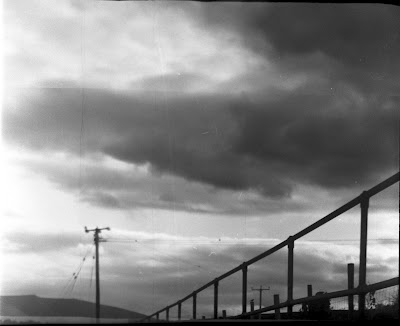 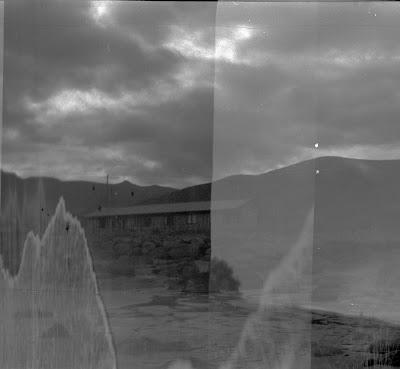 Here are some photos I took with my Kodak Brownie box camera.
The Kodak brownie takes 127mm film but I used 120mm. The film didn't match the box, as the 127 is much wider, so the have double exposed and moulded into each other.
I like the effect tho. The larger images have been taken and cut from the two long image.
Most of these were taken in Kerry at the beach or in my garden. 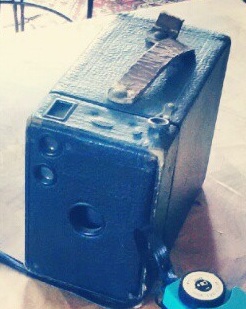