Joseph Beuys and the coyote

Joseph Beuys and the Coyote.
Video stills from his 1974 performance piece,
'I like America and America likes me.' 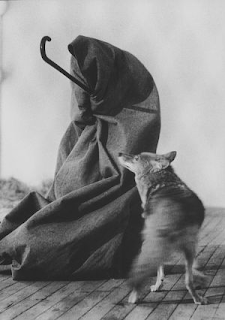 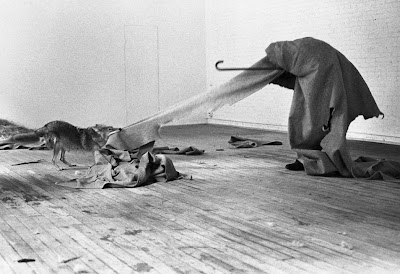 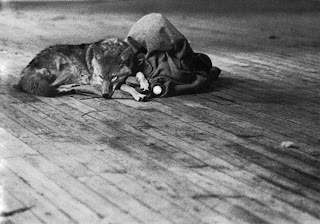 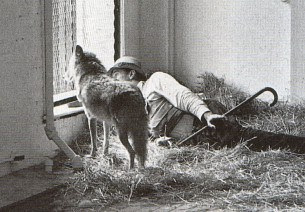 The action began as soon as the artist landed in America. He was wrapped in felt at the airport and driven in an ambulance to Rene Blocks Manhattan gallery. He spent three days in the gallery space with a coyote before being driven straight back to the airport and flown home. The coyote is sacred to Native Americans, and represented an aspect of the country's past that Beuys liked. Each day of the 'action,' he made two piles of the current 'Wall Street Journal.' These would be duly torn or urinated on by the coyote, his statement on contemporary America.


Coyote. Joseph Beuys in America from huubkoch on Vimeo.
Posted by Emily Robards at 4:19 PM