Artist Kimiko Yoshida was born in Tokyo, Japan in 1963 and left her home country, as a result of feeling the oppression against women. She now lives in Europe and has since 1995. The prolific artist has been transforming herself into various representations of herself and others in several series of self portraits (painting herself and then photographing it) since she began her career. She has turned herself into famous painters, Brides from all over the world, Blown glass letters and symbols and much much more. Over 330 different self-portraits in the last decade.
http://ifitshipitshere.blogspot.ie/2010/02/artist-kimiko-yoshida-and-her-stunning.html 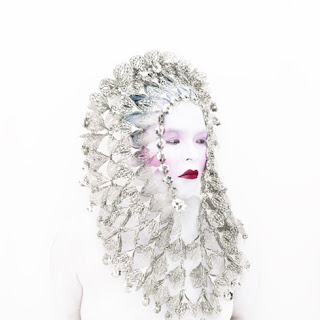 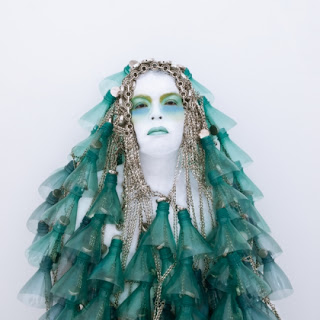 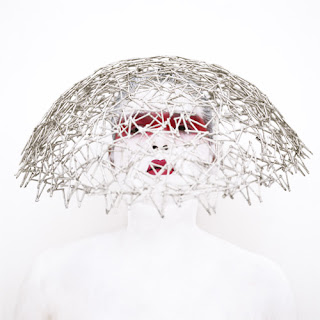 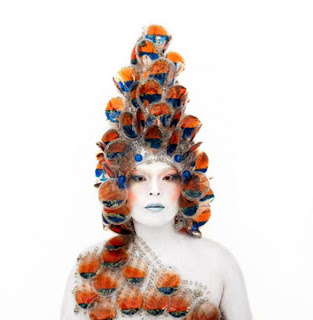 Since I fled my homeland to escape the mortifying servitude and humiliating fate of Japanese women, I amplified, through my art, a feminist stance of protest against contemporary cliches of seduction, against voluntary servitude of women, against “identity” defined by appurtenances and “communities”, against the stereotypes of “gender” and the determinism of heredity.

Art is above all the experience of transformation. Transformation is, it seems to me, the ultimate value of the work. Art for me has become a space of shifting metamorphosis. My Self-portraits, or what go by that name, are only the place and the formula of the mutation. The only raison d’être of art is to transform what art alone can transform. All that’s not me, that’s what interests me. To be there where I think I am not, to disappear where I think I am, that is what matters.

The representation of myself as a fiction mixing my Asian culture in references to Western art history is yearning for monochromy as a metaphor of effacement and disappearance, a mark of virtuality and intangibility, a symbol of infiniteness. The monochrome is a pure figure of duration wherein all imagery and all narrative are dissolved. Here, before the infinite colour, the gaze is exposed to the infiniteness of Time. This paradoxical representation is presented each time like an impossibility, a powerlessness, and a precariousness. It is this effect of incompleteness which gives the idea of a rigorous unrepresentable, unlocatable space, the idea of a space beyond the image where representation exceeds the space of representation.

My Self-portraits represent the attempt to render representation possible by seizing it at the point where what is present is the invisible absence at the heart of the image, that absence that the image makes a point of honour of making visible. The state of invisibility isn’t the point where I put myself on display, it is the point that I put on display. The state of invisibility I put on display is connected with the radical demand of art.

By giving the immaterial (the immaterial as the unnamed) an image in a series of portraits, the work of art represents what is invisible in a figure, its immateriality, before figuring itself as a figure of disappearance.
Posted by Emily Robards at 11:55 AM