Going back to the emotion idea again:

I was inspired by Edvard Munch's painting 'The  Scream,' and The film princess Mononoke. The film is about the struggle between the guardians of the forest and the humans who consume its resource's. Mononoke is a general term in the Japanese language for Spirit or monster. I was mainly inspired by the friendly forest spirits that show up through out the film.
I liked the look and the idea of them. I used them to represent the dying forest/earth and/or the nature spirits that manage to survive in the city. .
In these photos i took i wanted to portray the negative emotions of the city.
"A thousand light years running through my brain, reminding me that no ones sane, not all the time....." 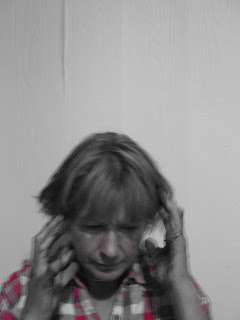 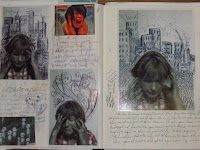 I like how the image on the right is slightly blurred.
Notes from sketchbook....
When life is slightly out of focus. When we feel like we are going insane, and everything is just out of our reach.
Or when you have a really bad migraine, you feel like your head is going to implode and  everything/life is going to topple in. 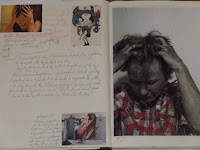 When you just cant take the stress anymore.
-This an be how one feels in the city. With all the noise, the chaos, and the crowds.

Claustrophobia kicks in.
"When I get in all I want to do is get out again, before I go insane......." 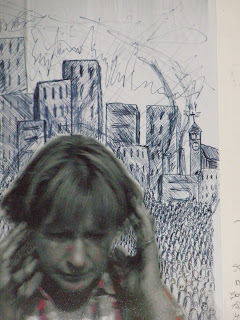 I went over the photo with biro. I did this with several similar images. 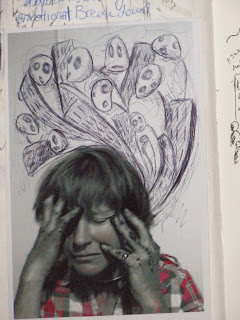 In the image on the right you can see i brought in the idea of the forest spirits. 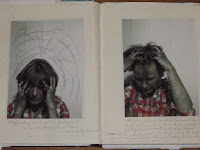 I used a red shirt to symbolize the apple from the Garden of Eden. The colour red is associated with passion (=temptation-false feelings-being lead astray), wealth, and evil. The dirt on her hands represents the dirt and filth of the city. How the pollution, garbage, and bad air can make you feel dirty/unclean and tired. It can also represent nature and the earth leaving traces of itself behind.......does that make sense?....
Ill tell you all my secrets, but I lie about my past, So send me off to bed forever more.
-Tom Waits 'Tango till there sore'
Posted by Emily Robards at 10:39 PM