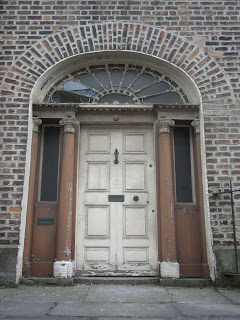 Again just one of those ideas that came to me and could probably do with a bit more work.

I was looking at the old Georgian doors that are so scattered around the place. One particularly sees them on the buildings that have been left to fall down.
They are so ornate and beautiful. Its weird how these building's have been left.
Its almost as if they are something sacred, filling you with a sense of awe and fear. Like the fairy forts or the stone rings that are scattered around the country side. We know not to go near them, it almost instinctive, but yet we cant help but wonder whats going on inside them, what might happen if we just step in and take a peek.
Or an Idol which has been left to honor the gods or spirits of the city, worshiping the memories and the people that have passed through its door.
I like the idea of seeing someone as an open door. The same way as you describe someone as being an open book.
"I am an open door,
Take the key from my hand,
Turn the key  and step inside.
Welcome to my world."
﻿

I though it would be interesting to do a picture of a woman posed as a goddess or an Idol of some sort. I like the painting on the right, of the virgin Mary, its just the colours and stars that I like mostly, deep blues and gold. I also liked  Sandro Botticelli's painting 'The birth of Venus.'
I did a quick sketch below of what was in my head, It could be very interesting if I worked on it a bit more, using acrylics and such, but I don't want to make anything to final yet. 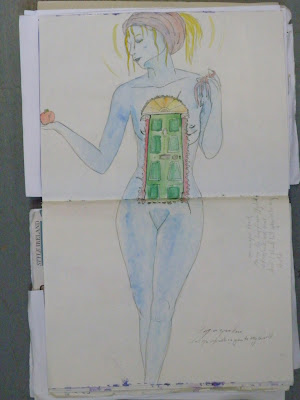 This idea was mainly inspired by the two below images, which are stuck up on my studio wall. The one on the left is a snapshot that I took of an abandoned building in limerick, the one on the right is 'Two Tahitian Women,' by Gauguin. I love how the style of the painting and how the two women are almost one with their background/environment.
Two doors, Two women, Four stories..
﻿﻿
﻿﻿﻿﻿ 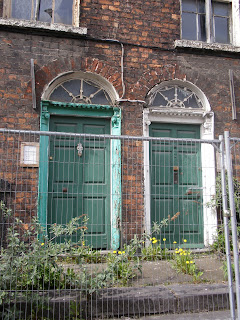