They will live just to grow old.. 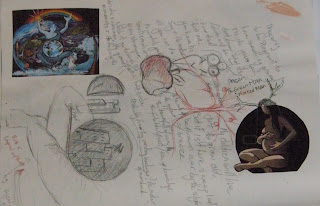 I am not a religious person put the story of Eve and the garden of Eden has been one of my main inspirations for this project so far. She is known as the first mother. Because of her and the choice she made to bite into the apple, man got kicked out of paradise.
I started to look into the idea of pregnancy and growth. The growing city.
I liked the idea of a pregnant woman, loving and caring  with the city growing inside her womb. The  woman would also be representing nature and the Earth. (Mother Earth, The mother of mankind)
The apple she would be holding would represent the downfall of man, the negative side of the city, (crime, pollution, urbanization, etc.).
Its one of those things that sounds a lot better in my head, and a lot less corny, but it is an idea that i will come back to. 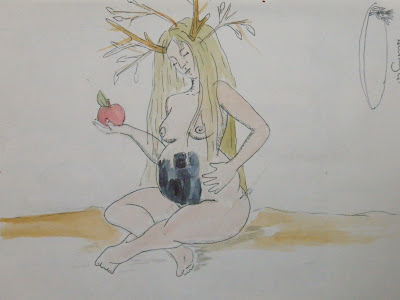 "My Children will live just to grow old,
But if I sit here and weep,
I will be thrown over by the slightest of breeze..."
- Laura Marling
Posted by Emily Robards at 10:15 PM